Our team guarantees an excellent personalized service. From budget preparation to maintenance or repair of your equipment.

Grow your business, not your investment. Choose the day and time of pick-up.

Leading brand in the Iberian Peninsula in knowledge, marketing and services provided by drones.

Get to know our projects

Do not hesitate to contact us for any questions by phone or by any of our contact forms.

This concept is designed to guarantee the customer a constant follow-up of the model purchased in HPDRONES.

DJI Dock are rugged, reliable, and built to perform 24 hours a day, day or night, rain or shine. Each DJI Dock houses a Matrice 30 where it lands, recharges, takes off and executes missions programmed into DJI FlightHub 2.

Integrated and easy to apply.

Cloud management at your fingertips.

Range of action of 7 km.

With FlightHub 2, unlock the full functionality of the DJI DOCK from the cloud. Schedule missions, create and edit flight paths, and manage collected data. 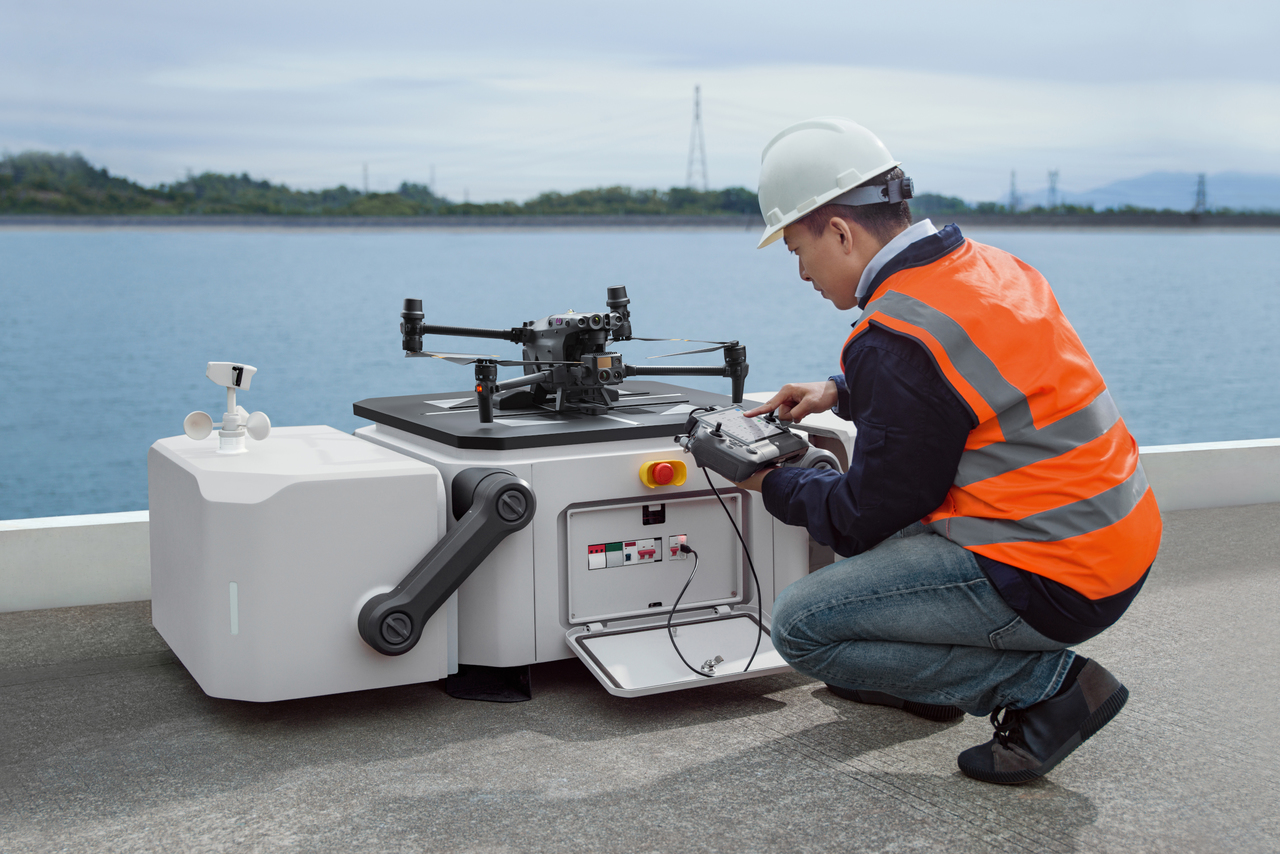 Fast charging and take-off thanks to TEC air conditioning that cools the drone’s batteries, allowing a 10-90% charge in just 25 minutes. The maintenance interval is 6 months and the battery backup is 5 hours. It has active temperature control for fast and safe charging.

Day or night, rainy or sunyn

DJI DOCKs weigh less than 100 kg and occupy less than 1 square meter. Installation requires ground fixing, access to power and the Internet, and quick setup via the DJI RC Plus remote control.

Target details at your fingertips

Which aircraft are compatible with the DJI DOCK?

The DJI DOCK is compatible with the M30 series (Dock version).

The M30 series (Dock version) is equipped with a charging interface and a load management module in the landing gear.

Can the M30 series (Dock version) be controlled with a remote control (RC)?

Yes. The M30 series (Dock version) can be controlled after connecting the DJI RC Plus (RC) remote control to the aircraft.

What image transmission technology does the DJI Dock use?

Note: 4G image streaming is not available in some countries/regions.

What level of surge protection does the DJI DOCK have?

Does the DJI DOCK support movement during operations?

Not at the moment, but you can change the location of the Dock when the drone is not in operation, and you can operate it again after installing and configuring it in the new location.

Use a standard RJ45 network port or install a DJI cellular module to access the network.

What network bandwidth requirements does the DJI Dock have?

For the best user experience, it is recommended that the upload and download speed of the network bandwidth should not be less than 10 Mbps.

How to install and configure the DJI Dock?

What is the interval between individual operations of the DJI Dock?

The shortest interval between two flights is 25 minutes.

Remarks: This occurs if the ambient temperature is 25°C (77°F) and the aircraft battery is charged from 10% to 90%. As the temperature increases, the time required for the battery to cool down will increase and the interval between flights will also increase.

Is it necessary to install an additional RTK base station for the DJI Dock?

No, the Dock has an integrated RTK station.

Is it necessary to install an additional weather station for the DJI Dock?

No, the Dock has a built-in weather station that can monitor wind speed, rain, and temperature.

Does the DJI Dock support the installation of external antennas?